Gather - Post Screening Panel
(For more information on the panelists and the film, see below)

The film recently received a glowing review from the New York Times. Highlights include:

​"Many are familiar with the tangible losses associated with colonization — land, homes and people. But there are also the intangible losses — language, designs and cultural practices — that can totally reconfigure how Indigenous people and their descendants relate to each other. “Gather,” a documentary by Sanjay Rawal, intimately examines one intangible loss — food traditions — and its use in pursuit of Native sovereignty in the United States. ..."

"The film wonderfully weaves personal stories with archival footage that contextualizes the continued violence against Native Americans. Rawal covers a substantial amount of ground and deftly balances the dense material without losing sight of the mission driving the bigger story: Healing from generational trauma sometimes starts with just one person."
Attendees were able to watch the movie on an online platform that supports audience discussion during and after the film, when we hosted a panel discussion. The panelists were: Dr. Cutcha Risling Baldy, Chair of Native American Studies at HSU and author of We Are Dancing for You: Native Feminisms and the Revitalization of Women's Coming-of-age Ceremonies; Sammy Gensaw with the Ancestral Guard; Marlene' Dusek, a THPO Intern/Cultural Resources Technician at Trinidad Rancheria; and Cody Henrickson, a Marine Biology major at HSU. Read more about them below!

Alongside the film, we once again offered two tasty dinner options from Brett Shuler Fine Catering (one meat, one vegetarian), plus fresh popcorn – because who doesn’t like popcorn with their movies? Dinners were available for pickup from the museum before the screening. The panel followed shortly after the screening.

Thanks to a sponsorship from United Indian Health Services and Native American Studies HSU, all proceeds from this event went toward improvements to support the Native American exhibits in Nealis Hall.

Registration for the screening is now closed.
​
If you missed the screening, you can get information on where to watch Gather here at the film's official website. 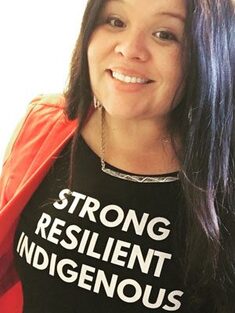 ​Dr. Cutcha Risling Baldy (Yurok, Karuk, Hupa) was born in Humboldt County and is an enrolled member of the Hoopa Valley Tribe. According to her biography, she grew up practicing the traditional ways of her people and values the lessons and knowledge that she gained from these experiences. She received her Ph.D. in Native American Studies with a Designated Emphasis in Feminist Theory and Research from the University of California, Davis.
​
Dr. Risling-Baldy is an incredibly active scholar on all things related to the intersection of feminism, social justice, history, politics, colonization, and California Indians, and has also published creative writing in the As/Us Journal and News from Native California. She has also previously published articles in the Ecological Processes Journal, the Wicazo Sa Review, and the Decolonization: Indigeneity, Education and Society journal. Her most recent book is titled “We Are Dancing For You” and explores the revitalization of women’s coming of age ceremonies in Northern California. This book received the titled of "Best First Book in Native American and Indigenous Studies" at the Native American Indigenous Studies Association Conference 2019. She is also a co-founder of the Native Women’s Collective, a non-profit organization that supports the continued revitalization of Native American arts and culture. Dr. Risling Baldy is an associate professor and currently the department chair of the Native American Studies program at HSU. During the Pandemic, she has been hosting a variety of presentations and serving on panels for discussions related to Native relationships to the land, land return, land acknowledgment, and more. 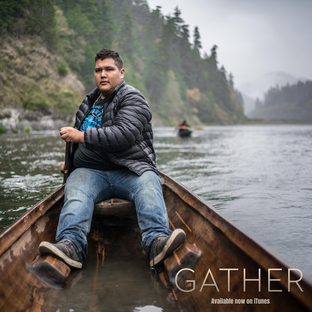 ​Sammy Gensaw is a Yurok Native, the Director of the Ancestral Guard, Artist, Yurok Language Speaker, Singer, Writer, Cultural/Political/Environmental Activist, Regalia Maker, Mediator, Youth Leader & Fisherman. Sammy comes from the villages of Oregon up the Klamath River and from Requa at the mouth of the Klamath River. Sammy grew up on the river and yet resides at Klamath, CA on the Yurok reservation. His work and focus are strongly rooted in the strengths and activities of his skills as a Yurok practitioner and cultural bearer.
​
Like his father, grandfather, and great grandfather before him, Gensaw, a member of the Yurok tribe, expected to make his living as a fisherman. But in recent years, salmon supplies have been so depleted that he has had to find other ways to put food on the table. To help preserve his indigenous culture, Gensaw founded Ancestral Guard to teach youth—both native and non-native—about the traditional foodways of his tribe. He and the Ancestral Guard are featured in Gather, which follows the stories of natives on the frontlines of a growing movement to reconnect with spiritual and cultural identities that were devastated by genocide.

An indigenous chef embarks on an ambitious project to reclaim ancient foodways on the Apache reservation; in South Dakota, a gifted Lakota high school student, raised on a buffalo ranch, is proving her tribe’s native wisdom through her passion for science; and a group of young men of the Yurok tribe in Northern California is struggling to keep their culture alive and rehabilitate the habitat of their sacred salmon. All these stories combine to show how the reclaiming and recovery of ancient foodways is a way forward for native Americans to bring back health and vitality to their people. 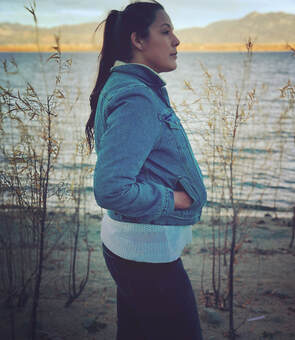 Marlene' Dusek, Payómkawichum, Cupeño, Ipai, Czech,Latina şungáal (women), activist/scholar, grew up on the Rincon Reservation and amongst the ancestral lands of her people. She currently lives in occupied Wiyot territory close to Baduwat (Mad River). She recently graduated from Humboldt State University with a Bachelor of Science in Environmental Management with an emphasis in Planning and Policy and a minor in Native American Studies. She is also currently a graduate student at Humboldt State University in the Environment and Community Program. Currently, she sits on the NAS Food Sovereignty Lab and Cultural Workspace steering committee at Humboldt State. The facility will integrate the values of ecological sustainability, bio-cultural sovereignty of Indigenous peoples, interconnectedness of life, and community involvement in efforts to develop a reverence for food sovereignty.
​
Marlené focuses her work on land back, traditional foods, ethnobotany, traditional ecological knowledge, cultural management, traditional burning, climate change, language revitalization, racial/environmental justice, and Indigenous methodology & theory. Marlene’ also works with a collective of like-minded Payomkawichum peoples who are reclaiming traditional management practices, culture, language, and working currently to secure a viable traditional foods solution and place to aiding to food sovereignty and health of their peoples.

“This is work to not center ourselves but be a vessel to provide our communities with the good medicine they rely on not only during these uncertain times, but every day as our creator and our families have taught us to do. We have a responsibility to the land, to our communities, our elders, and the responsibility to equip the next generation with the same tools. Foods are ancestral connections that aid us, our spirit, and our energy. Our relatives that provide for us, must be protected, not extracted, or exploited. It relies on Indigenous people to be a part of the land, to pray for the land, to manage the land, to burn the land, to protect the land. We have a responsibility to tamáayawut (Mother Earth) and our 'éxla relatives. We cannot be taken out of the equation; it relies heavily on our relationship and existence.'ayállinik polóovital puyáamangay amáayum pomkwáan 'atáaxum pomkwáan, tamáayawut pomkwáan nóo hayá'a. Pí’ ‘iví’ cháam puyáamangay chammólipi mííq chóo’onum. ” – Marlene’ 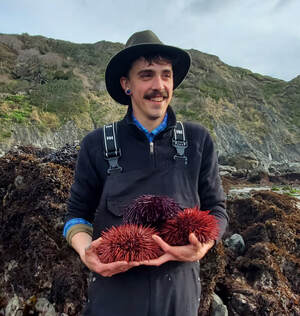 ​Cody Henrikson is of Outer Inlet Dena’ina and Sugpiaq and an enrolled member of the Ninilchik Village Tribe in the great land of Alaska. Cody is a senior undergraduate at Humboldt State University double majoring in Marine Biology and Native American Studies with a focus on Indigenous food sovereignty. His professional interests are in marine cultural resources and traditional Indigenous marine foods. Cody is a member of the steering committee for HSU’s Indigenous food sovereignty lab and is an active participant in its research and creation. His passions for the ocean, food sovereignty, and his tribe have led him to his professional goal of creating and managing marine aquaculture systems in his home state of Alaska. Cody hopes that in doing so he may provide economic growth, stability, a source of food sovereignty, and research opportunities for his people and community. ​