The Sun Set Twice on the People That Day

When you walk down the alley next to the Museum's Nealis Hall, you'll notice a 40 foot long vibrant mural. This mural is titled “The Sun Set Twice on the People That Day”. It's a unique mural for a few different reasons. It is the first mural to go up in Eureka that was painted by Native artists- Brian Tripp and Alme Allen. It is painted on pieces of plywood affixed to the building, meaning that it can be moved. It was first installed on the side of the Eureka Theater in 2000, and was taken down for restoration in 2019, before being re-hung on the side of the Clarke Museum's Nealis Hall Native American Wing in 2021 during the Eureka Street Art Festival. 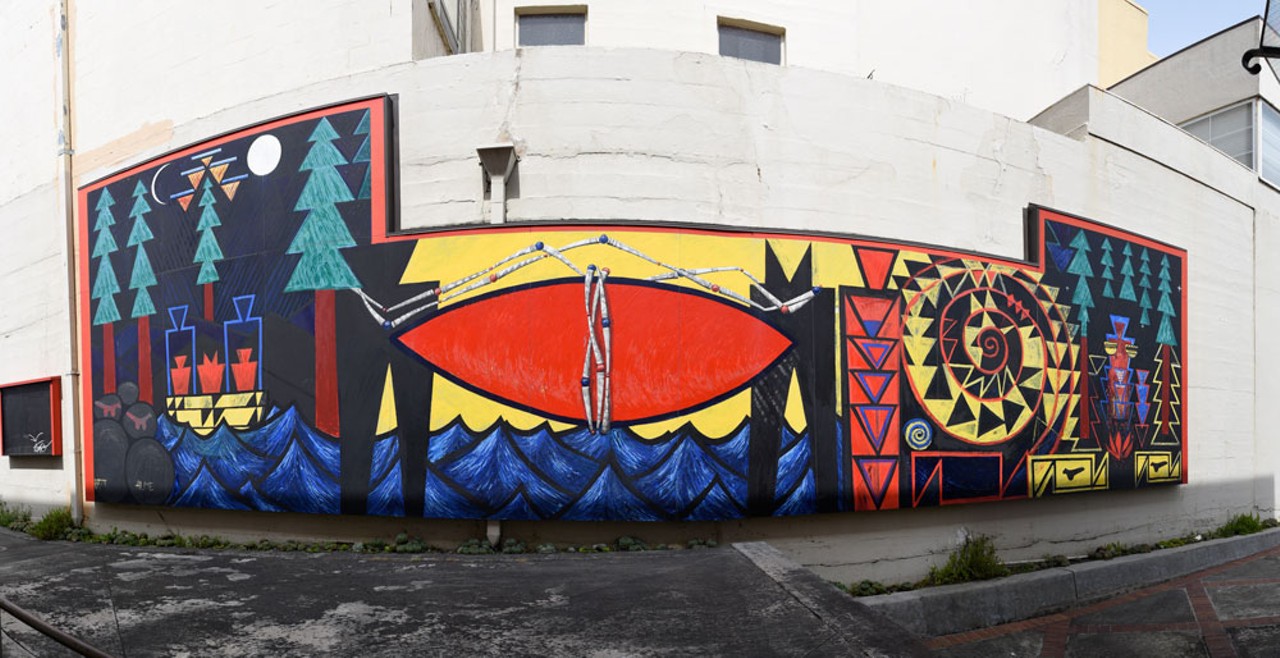 ​The Mural when it was on the wall at the Eureka Theater- Photo from Humboldt Insider. The mural features a variety of symbols related to local traditions including basketweaving, dentalium money, zoomorphs, obsidian blades, and the ever-important water. 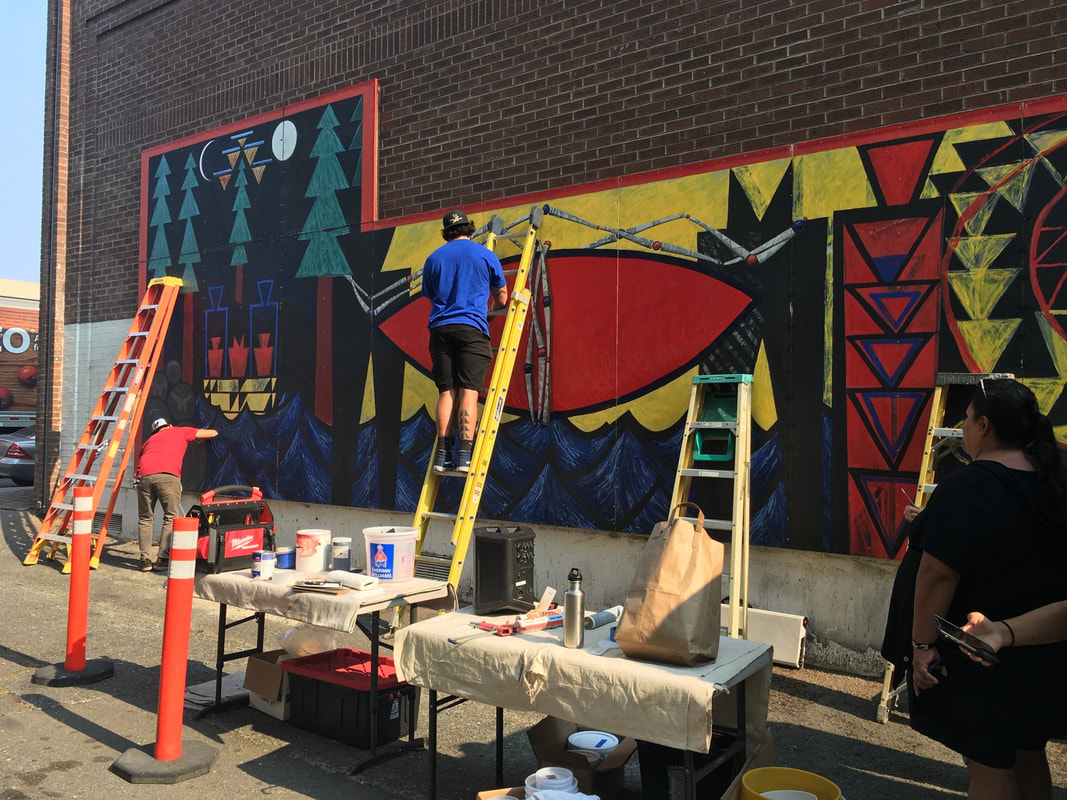 The mural restoration was undertaken by a team of Native artists led by Alme Allen, including Julian Lang, Lyn Risling, Ahtyirahm Allen, Karamachay Tripp, and Eli Hensher-Aubrey, some of whom were leaders in the cultural revival period that Brian was part of, others from the generation who experienced the revival as young people like Alme, and some from the second or third generation of people involved in this cultural revitalization. One of the artists participating in the restoration, Danielle Briscoe, is also a mural apprentice through a new “Mural Apprentice Program” hosted by the Eureka Street Art Festival supported by Humboldt Area Foundation.

We're pleased to be able to present a video of the official dedication ceremony. 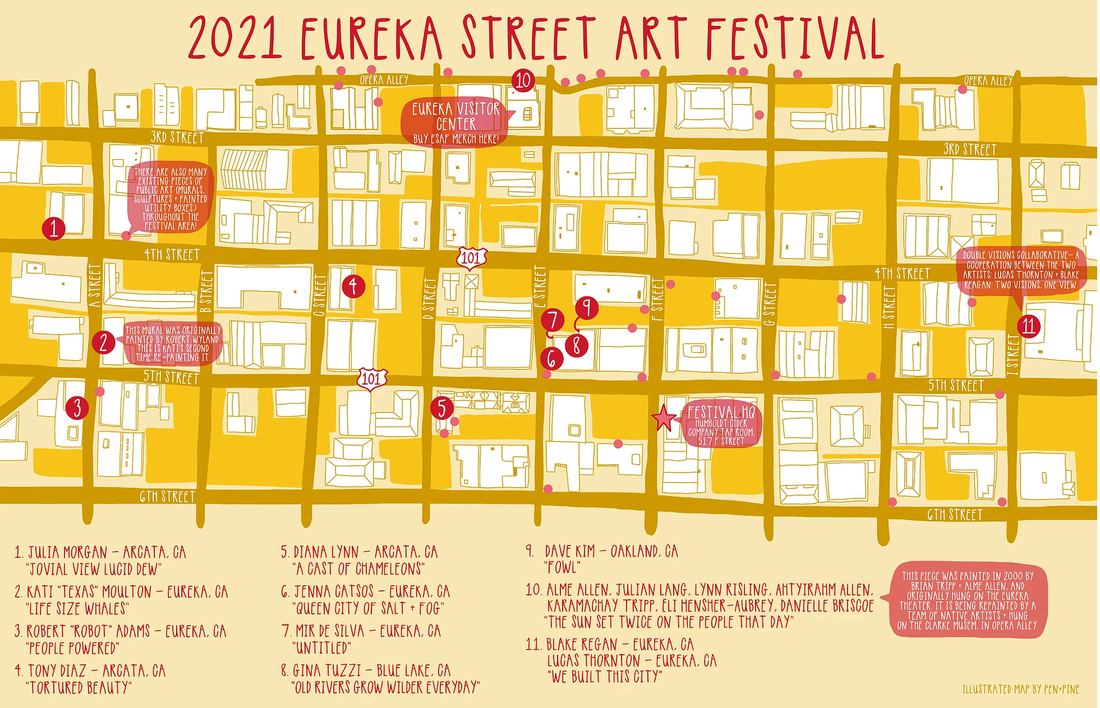 Photos of the Project 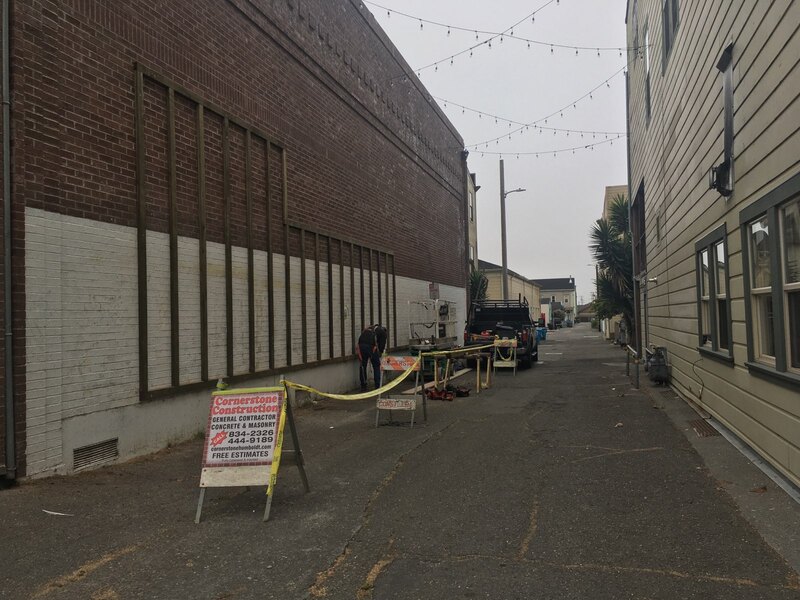 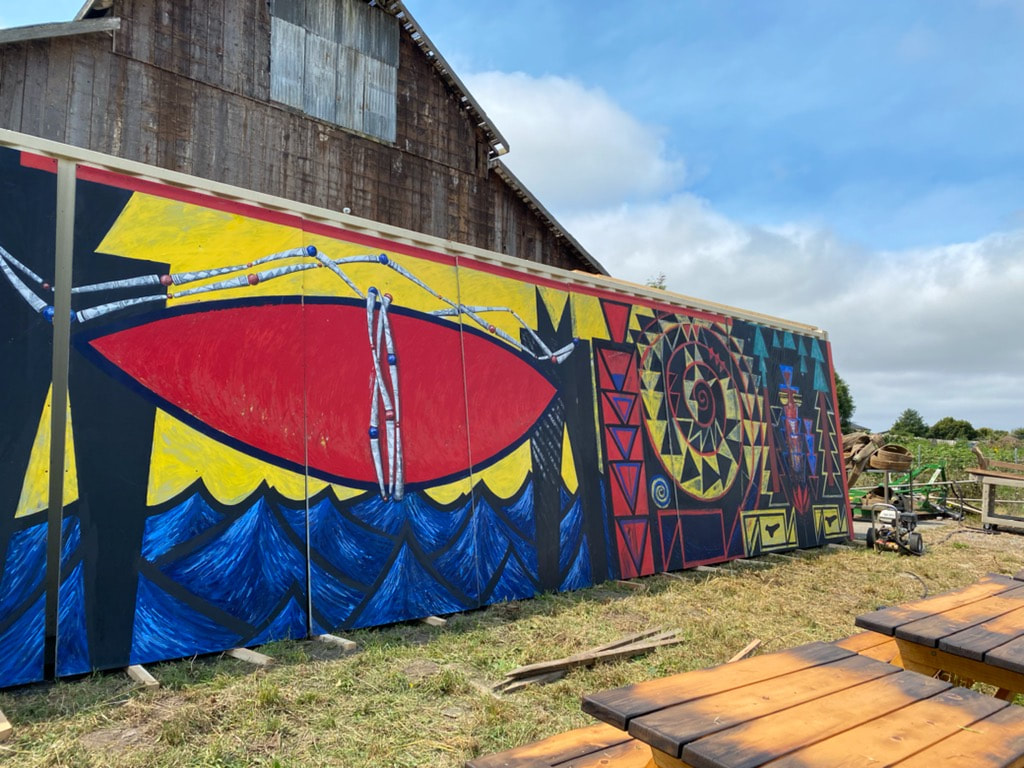 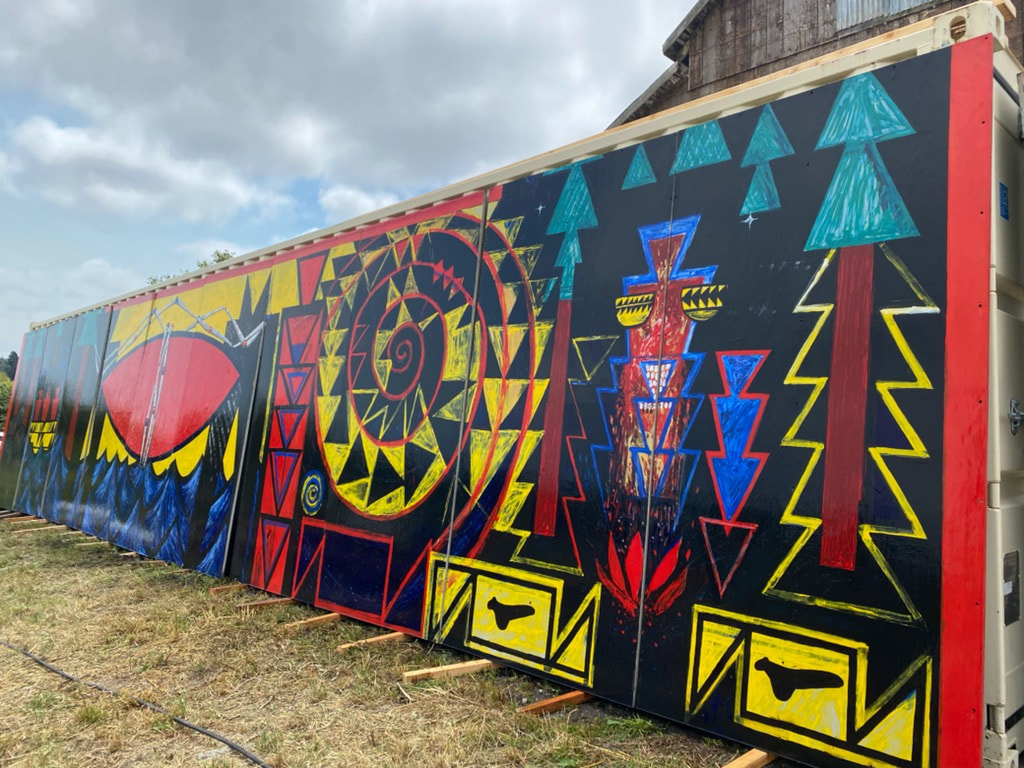 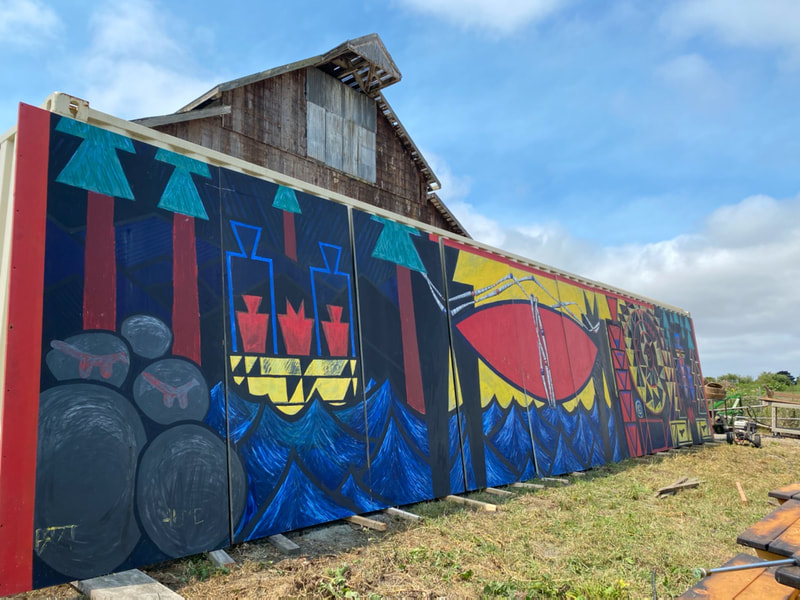 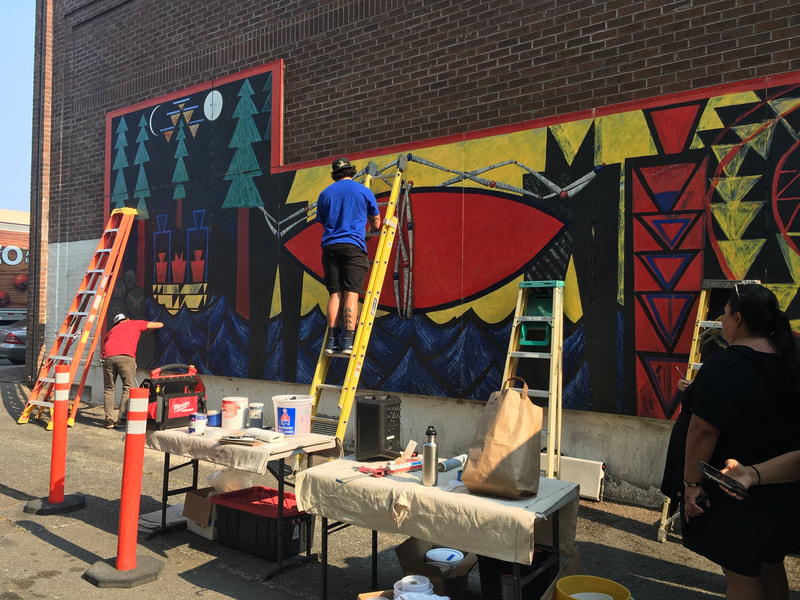 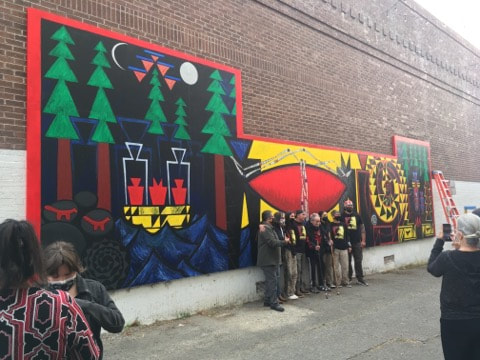 Notable Elements on the Mural

Please check back later for updates