What better way to celebrate St. Patrick's Day--and support the Clarke--than with delicious Shepherd's Pie, shamrock cupcakes, and Irish music? Ramone's Cafe & Bakery has crafted individual and family-sized pies that you can pick up at the museum to feast on in the comfort of your home while enjoying an hour of Irish music from local favorites Seabury Gould and Evan Morden streamed over Zoom by the Marz Project!
When: Wednesday, March 17th
Pickup Dinner at the Clarke: 4-5:30pm
Entertainment: 6-7pm via Zoom streamed by the MARZ Project! 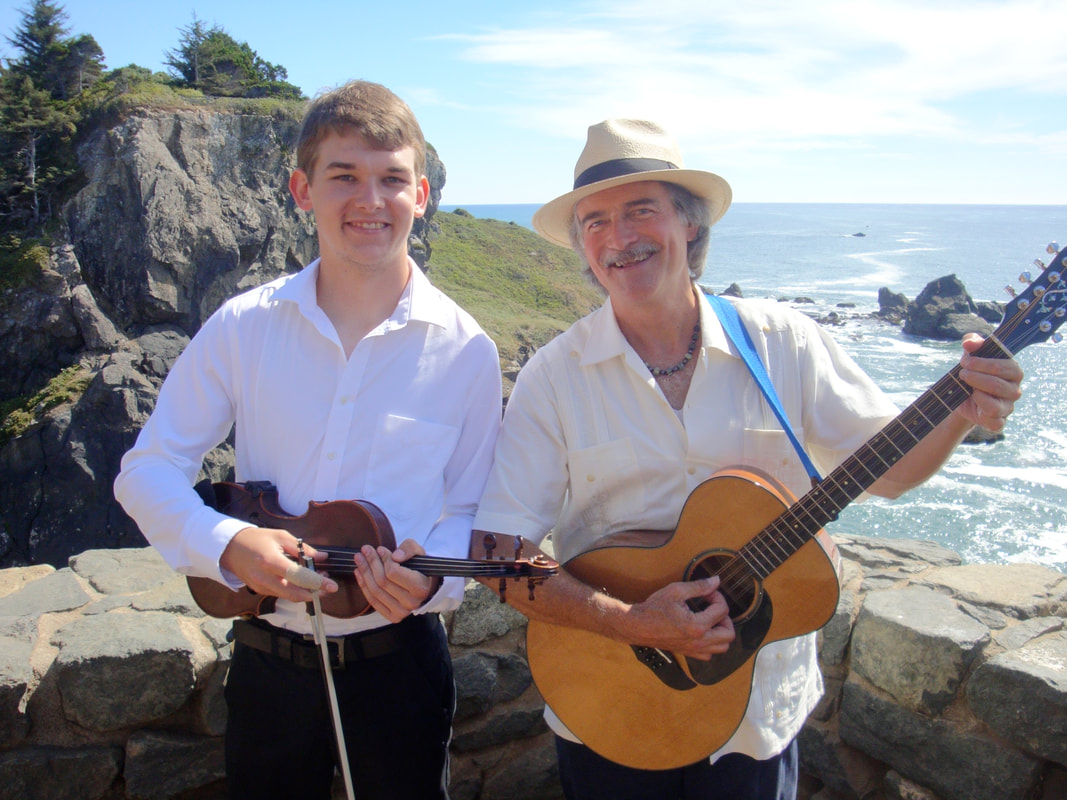 Eclectic musician Seabury Gould is a singer, multi-instrumentalist, storyteller, recording artist and music teacher. He's also a music arranger, composer, and has been a bandleader for 30 years, most recently with the Celtic band Scatter the Mud. He has opened for Robert Bly, Coleman Barks and Deepak Chopra. As one of his specialties is Irish traditional music, he has performed at countless St. Patrick’s Day celebrations with songs, tunes and stories, incorporating guitar, bouzouki, penny whistle and flute. He has hosted many Folk Song Circles and Irish Music Sessions. Find out more about him on his website.

Evan Morden has been a performing musician in Humboldt County from the age of 15. Born and raised in Arcata, Evan began playing violin at 3 years old and was exposed to traditional Irish and Celtic music as a child by his father Alan, a guitar, mandolin and bodhran player. It quickly became apparent that his focus and passion was fiddle and folk music, and he began participating in the Academy Fiddlers under the instruction of local musician Sam McNeil (Good Company). As a Sophomore in high school, Evan began performing weekly with Seabury at Gallagher's Irish Pub in Eureka on Thursdays; a residency the duo retained for almost a decade. In 2012, Evan and Alan took a 3 week trip to Ireland, where they had the opportunity to play at nightly "sessions" - informal gatherings of traditional musicians. In addition to performing with Seabury, Evan plays in several Humboldt County bands including The Gatehouse Well, Vanishing Pints, and the Rebel Liberties.

Evan & Seabury have played together for 11 years.  They've both traveled in Ireland & played in Irish trad sessions there & extensively locally in Humboldt. Their repertoire includes both Irish songs (with singing) & traditional Irish tunes like jigs & reels. Evan's fiddle playing is a highlight of one of Seabury's eclectic albums: A Full Life. His fiddling is also featured on another CD: Jigsaw. There are excerpts of these here on Seabury's website.
NOTE: Dinner orders close by 5pm Saturday, March 13th!

Appreciate this event and want to show some love? Donate here to help fund future innovative programs like this one!