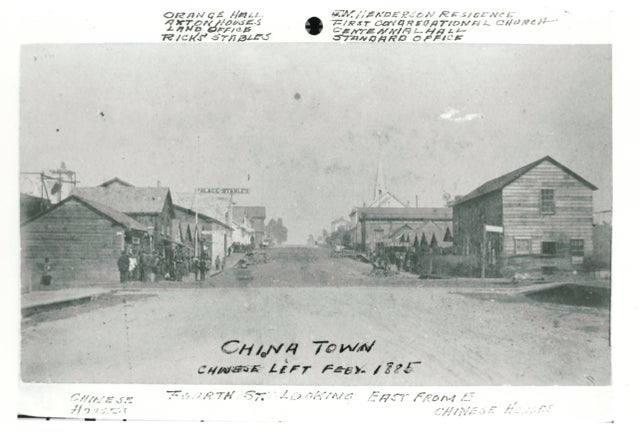 Join the Clarke Museum, Humboldt Asian Pacific Islanders In Solidarity (HAPI) and the Eureka Chinatown Project on a walking tour exploring the history of the Chinese population in Eureka and Humboldt County, including their arrival, expulsion, and efforts to recognize the important role this community played in creating the Humboldt County we know today.

This is a walking tour that will consist of walking about a mile on mostly flat paved ground.

We'll also spend some time viewing the new mural that was added to the historic site of Chinatown during the Eureka Street Art Festival earlier in August.