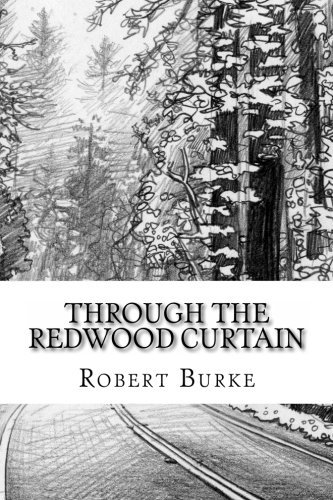 Through the Redwood Curtain

Father's Day weekend, Arcata, California. Twenty thousand people have descended upon the college town bordering Humboldt Bay to the south, the Pacific Ocean to the west and the Redwood forests to the east. Here to enjoy the twentieth annual Oyster Festival, the crowd looks forward to a day of music, microbrew and oysters in an environment the counterculture of the 1960's could only dream about. Here, in a place once dominated by logging interests and reactionary politics, Arcata had transformed itself into a Mecca for people wanting to embrace clean energy, Green Party politics and local, non-franchised businesses.

The mere notion that a town located in the Redwood Empire would allow thousands of people to assemble in the village square, drink beer, somewhat discreetly smoke pot and dance the afternoon away would have seemed impossible to anyone living here 40 years ago.

Sitting in lawn chairs and enjoying all that is going on, ten of us, all once residents of Humboldt County, revel in the noise, fun and freedom of the day. By five o'clock, the crowd begins to thin and we head to a local eatery known for its local organic fare. Looking back, it seems impossible to imagine what has transpired.