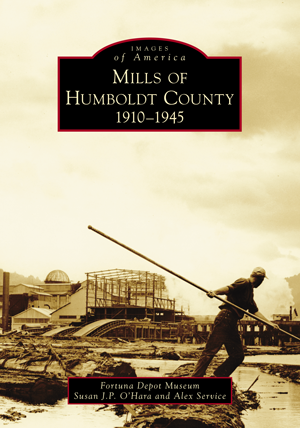 from the Images of America series

Sequoia sempervirens, California coastal redwood, was Humboldt County's economic mainstay from the 1850s onwards. By the early 20th century, harvesting "red gold" was the major industry along California's North Coast, with Humboldt at the forefront of the industry. The first half of the 20th century saw technological changes in logging and milling. New uses for redwood included cigar boxes, "presto-logs," and core logs for plywood. The industry began reforestation practices, growing their own seedlings as early as 1907. World War I and the Great Depression impacted the industry, as did activism to preserve the redwoods. In the 1930s, the largest stand of old-growth redwoods was preserved, and the turmoil of the 1935 strike resulted in several strikers being killed in Eureka. This book explores Humboldt's early-20th-century lumber industry and day-to-day realities of life in the mills and woods in an era underrepresented in published logging history.