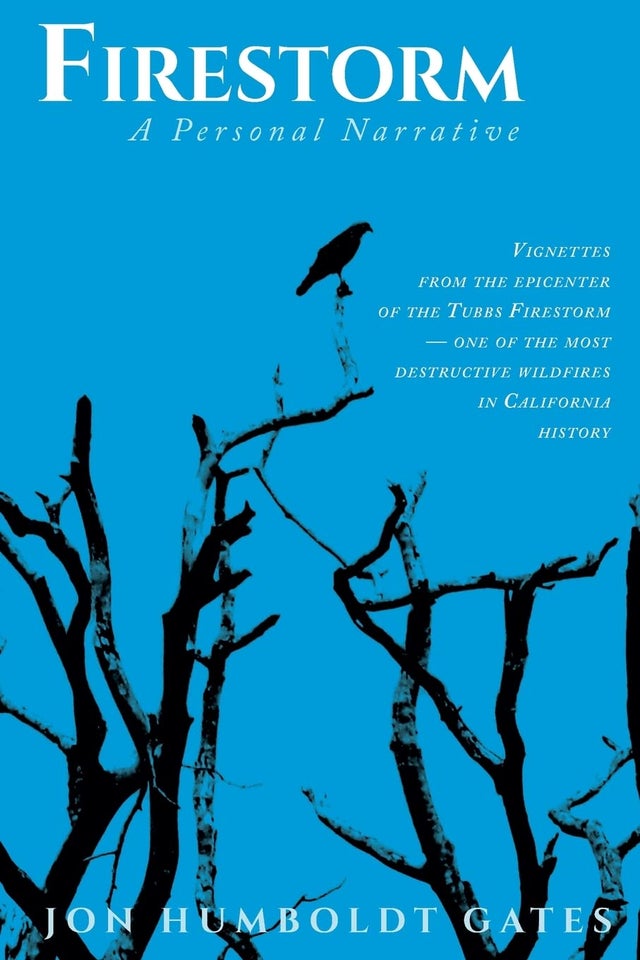 When the Tubbs Fire swept through Santa Rosa on October 8, 2017, Jon Humboldt Gates “lost everything at midnight on a Sunday.” He tells the tale in his new book, a volume of vignettes called Firestorm: A Personal Narrative from the Epicenter of a California Wildfire. A new copy.

A personal memoir in the aftermath of the 2017 Tubbs Wildfire in Sonoma County California that burned 5600 homes, 36,000 acres, left 22 people dead and thousands homeless. In verse form, the volume of vignettes captures the terror, confusion, anger, loss, impotence and disconnection wrought by the North Bay Fires on one couple and their community and, ultimately their resolve and hope. The book contains 30 black and white photographs depicting the aftermath and recovery from the fire.