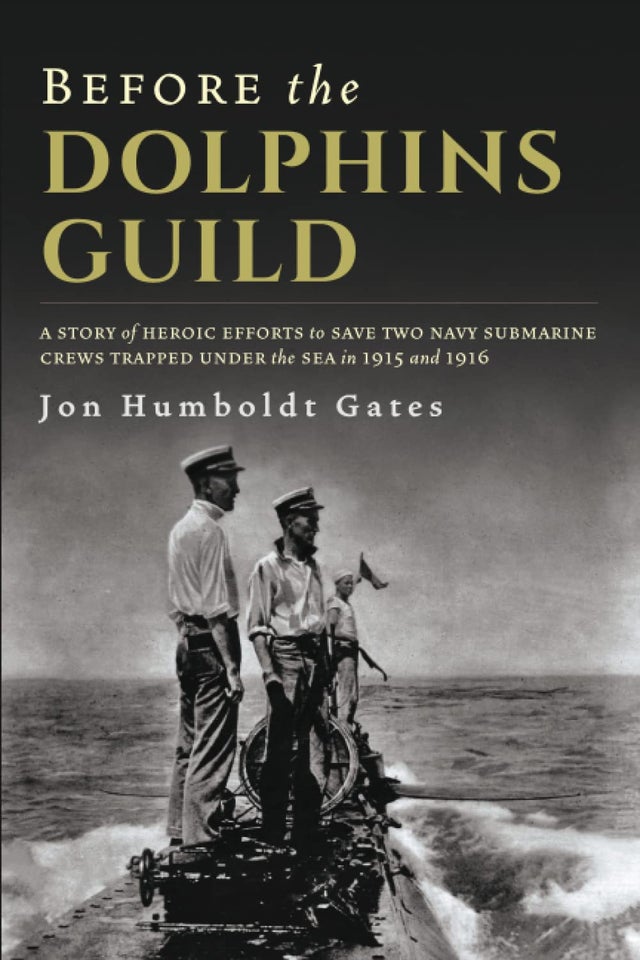 Before the Dolphins Guild

In the early days of submarining, before the Great War, two U.S. submarine disasters riveted the nation as the stories unfolded in local and national newspapers. In Hawaii, the USS F-4 left Honolulu on a routine training run in March 1915 — and disappeared with its crew of 21 men. At Northern California’s Humboldt Bay in December 1916, the USS H-3 crashed onto the sea floor during a treacherous bar crossing attempt and was pinned under roiling surf with its crew of 27.

Both rescue attempts would become historic naval events, requiring tremendous courage, innovation, and stamina from all involved. Jack Agraz, a Mexican-American Navy diver, would dive to record levels in the search for F-4. As a sailor aboard H-3, he would lead rescue efforts from inside the trapped sub. Duane Stewart, an electrician’s mate, would leave behind a harrowing tale of the struggle to stay alive inside H-3. Locals in the towns affected by both wrecks would offer ingenious ideas as well as means of support to the rescuers and stranded sailors.

The experiences of these early pioneer submariners would become the impetus for establishing the US Navy Submarine School in 1917. In 1924, the Dolphins insignia — a submarine flanked by two dolphins — would be introduced as a symbol of achieving true submarine qualification. Crews that apprenticed aboard the F-4 and H-3 subs learned their craft through their experiences and stories, well before the Dolphins guild.