Robert Hugo Bohmansson was born in Kristianstad, Sweden, in 1865. He attended the Stockholm Pharmacological College and immigrated to the U.S. in 1888. Three of his brothers also came to the U.S. One, William, made his life in San Francisco. Another, Olaf, spent the late years of his life in Eureka as a retired rancher, living in the Pine Hill section of town. After arriving in America, Robert headed west. He spent several years in the Nebraska-South Dakota area, working in drugstores, before spending a year walking to San Francisco. He arrived in San Francisco in the early 1890s, acquired a California pharmacist certificate and, eventually, a drugstore on Folsom Street. He met another Swedish immigrant, Amelia Anna Rundblad, who became his wife. They started a family before they decided to move to the North Coast.

​Bohmansson purchased the Arcata drugstore in 1899 and arranged a partnership with local pharmacist William Keller, which eventually included the purchase of the Blue Lake drugstore. In 1910, the Keller-Bohmansson Drug Company purchased the Fitzell drugstore located at 3rd & F streets, Eureka, in the Weck building. 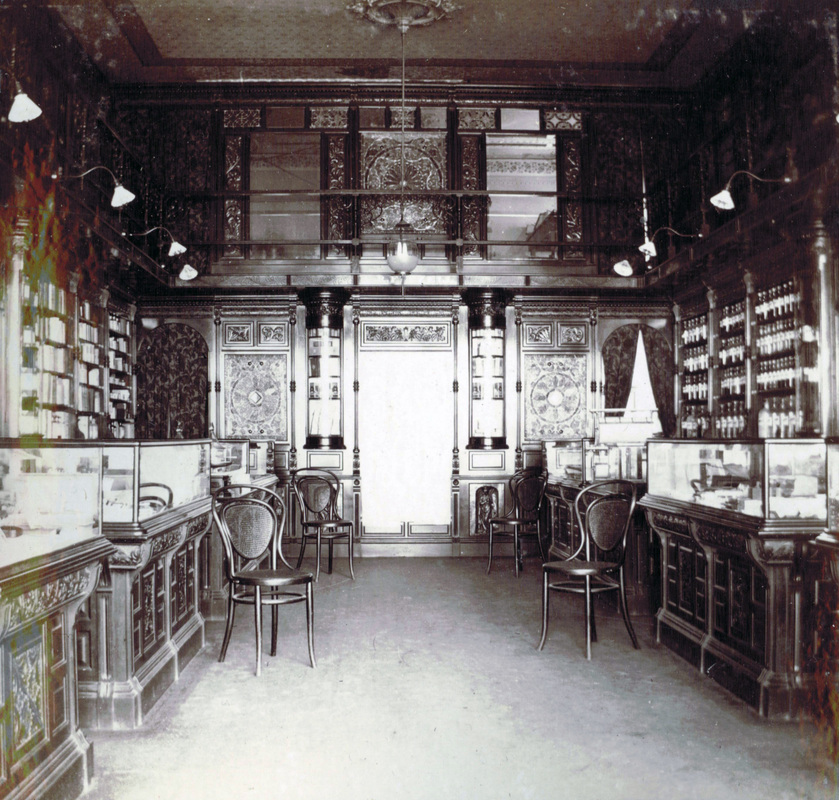 In addition to displaying some of the original furnishings of the Bohmansson pharmacy, we have many original jars, boxes, packages, and other objects from several local Victorian-era pharmacies. When you visit the collection, you can see how much pharmacology has changed in the past century...as well as how much it has stayed the same!