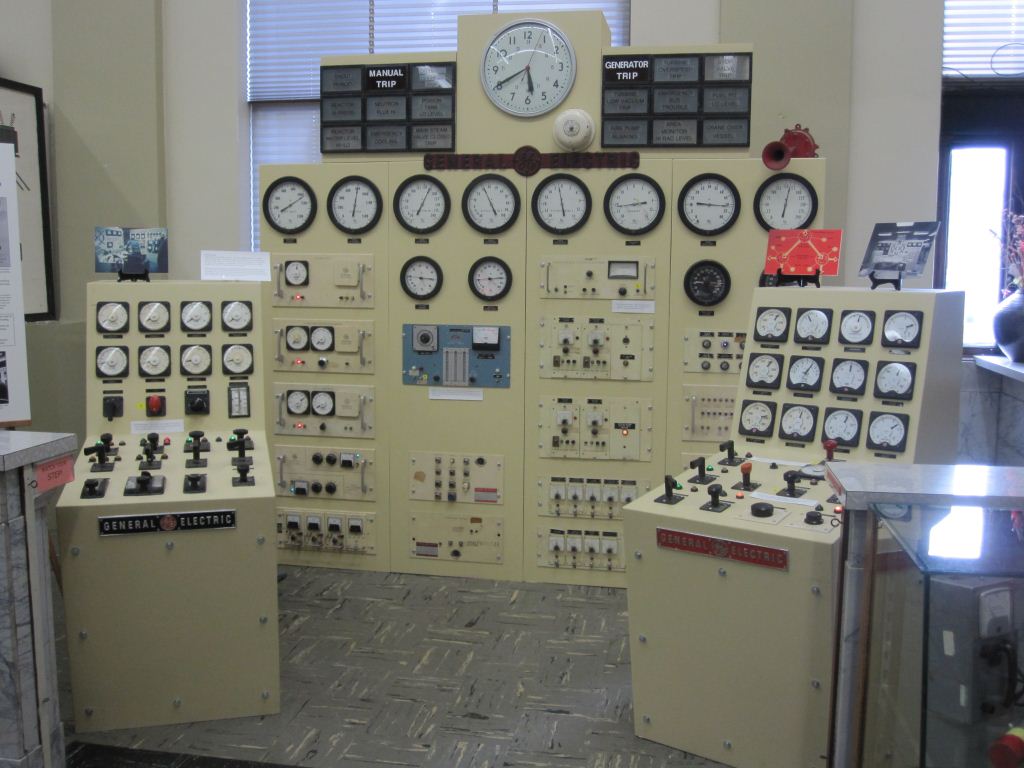 From Sawdust to Uranium: 130 Years of Electricity in Humboldt County

Ever wondered what a World War II tanker and a nuclear power plant might have in common?  That is just one of the questions that will be answered at a new exhibit at the Clarke Historical Museum on the history of electrical generation in Humboldt County.

Why is there a museum exhibit dedicated to the history of electrical generation in Humboldt County?

As a relatively isolated pocket on the broader electrical grid, Humboldt County has a unique story to tell.  Out of necessity, power has been generated from a variety of sources over the years, from burning the sawdust waste from logging operations, to importing hydroelectric power, to oil and gas-fired steam plants and even a nuclear reactor.  In particular, Humboldt Bay Power Plant’s Unit 3 nuclear generating unit was the first privately funded nuclear power plant built in the United States for the sole purpose of providing commercial electricity.  The construction and operation of this facility was a pioneering achievement in the energy industry and influenced the engineering and design of power plants across the country.  The California Energy Commission (CEC) determined Unit 3 historically significant, and as part of the decommissioning process, Pacific Gas & Electric Company (PG&E) documented the history of the power plant, as well as the broader history of electricity in Humboldt County.

PG&E, in partnership with the Clarke Historical Museum, is sponsoring the exhibit on this unique history.  The displays will provide information on the various stages of power development in the region, from the first sawmills all the way through decommissioning of the nuclear and oil-fired power plants.  Models, diagrams and oral histories from locals and plant retirees will illustrate how pieces of the power plant operated.  There will even be an interactive reproduction of controls from the “command center” of the decommissioned nuclear unit.  This is an opportunity for kids of all ages to come learn about the past, present and future of electricity in our own backyard