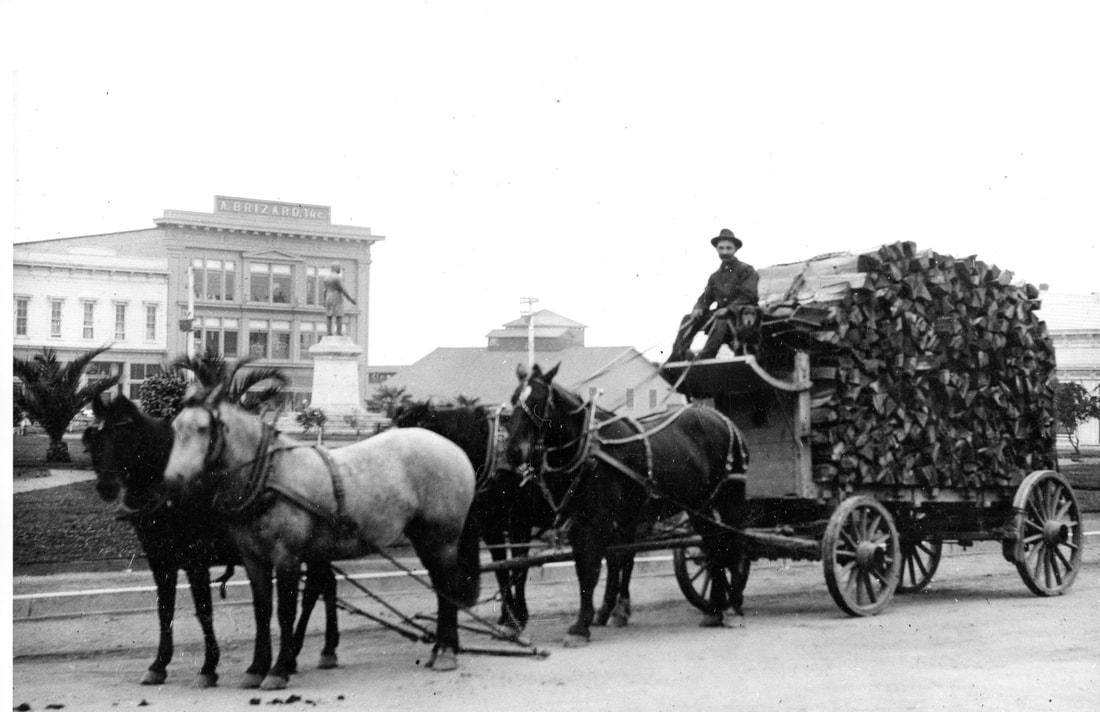 Salmon fishing was incredibly lucrative and began commercially occurring in 1853 on the Eel River (known as the “Weeott River” at the time). In the first commercial fishing year, 250,000 pounds of fish were taken from the rivers for export across the country and around the world. Regulation on the industry to protect the fish was nonexistent, and light regulations placed served only to protect the fishing rights of those who lived on the rivers. Like the other early industries, this one was subject to booming and busting based on environmental conditions, market prices, and later, fish population.

Oil in Petrolia (which was known as New Jerusalem before oil was drilled) was found as early as 1857 but was overshadowed by the rush to the gold mines. It wasn’t until the 1860s that oil was becoming nationally valuable, warranting the drilling for oil in the area. However, the industry hit many roadblocks along the way. Oil drilling requires a large investment to purchase supplies and construct the infrastructure needed to drill and Humboldt County may have been rich in resources, but not money-or wealthy investors. Additionally, access to coastal, southern Humboldt County was difficult at best and impossible at worst, making it nearly impossible for the industrial supplies needed to construct and maintain the oil drills to get to Humboldt County and for the small amounts of oil drilled to get to market, especially once steamer ships started refusing to ship oil due to its flammability. Drilling season was also limited as well due to rainfall flooding the oil wells. Other regions that drilled for oil were able to out-compete Humboldt County oil, bringing the short-lived oil industry in Humboldt County to an end in 1866. Later attempts were made to revive the industry, but none succeeded due to similar issues, especially cost and transportation.