Whiskey in the Wall

Prohibition was a national policy, but it was not enforced uniformly and did not turn out as planned. While proposed to be a way to cultivate lawfulness and improve lives by the removal of alcohol (and was strongly influenced by religious reasoning), it inverted expectations and has become part of the national mythos surrounding freedom of choice. It affected Humboldt County’s settlement patterns, lifestyles, and the criminal records of many- not to mention entering the local lore of many towns in the county. We can see that in stories from our region’s experience with prohibition.

Another layer of this is that the prohibition era was during the post-millennial era- a period in Christian theological thought where it was believed that the second coming of Christ (and the Judgement Day at the end of time) would arrive when the earth had been cleansed of sin. While the United States itself is not an officially Christian nation, since its founding, it has been widely influenced by Christian ideas and ideals,  a trend that continues today. These post-millennial ideas fueled the Progressive Era at the turn of the century, affecting the lives of Christians and non-Christians alike. Many Christians in government or leadership positions influenced their colleagues to rally for policies that would promote social harmony and repair communities, cleansing the world of sin in preparation for Christ's second coming and the judgment day at the end of time. The Prohibition movement was part of that preparation and was promoted widely by churches across denominations. 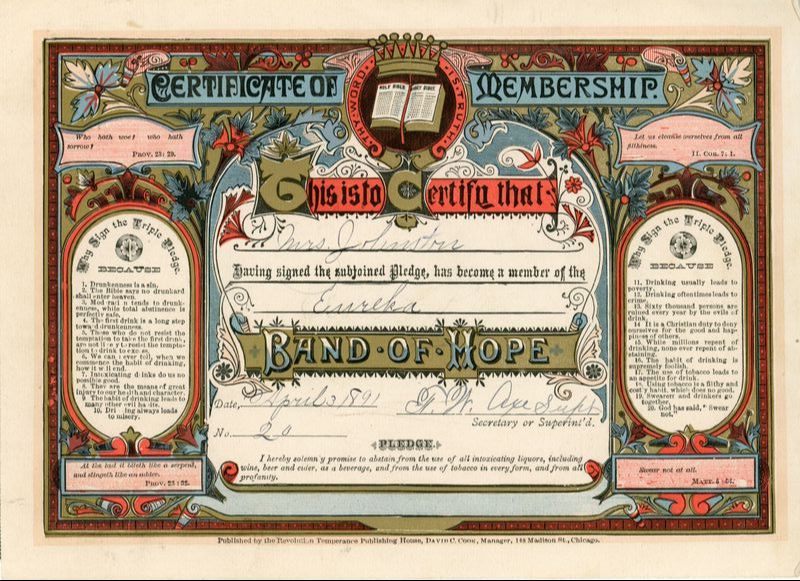 A certificate of membership to a temperance organization. This particular organization requires its members to abstain from alcohol, tobacco products and profanity. There are bible verses at the four corners of the certificate.

"You Couldn't Tell the Difference"​

On June 8, 1926, the Ocean House at 3rd and C Streets in Eureka was raided due to suspicion that it was a distribution point for illegal liquor. After a thorough search that didn’t yield any evidence, the investigator turned knobs on the stove in a last ditch effort- the four stovetop dials turned on burners, but the oven knob didn’t- instead liquid dripped out of the knob. It turned out that there was a pipe through the stove connecting to a tank in the wall behind the stove. This tank measured 6 feet tall, 11 inches wide, and 4 inches thick- and could hold almost 2,000 gallons of liquor (Humboldt Standard).

The Saga of Stephen E. Metzler and John Lennon

Stephen E. Metzler was the District Attorney and John Lennon was the County Detective near the beginning of prohibition in the county. By 1930, however, Metzler, Lennon, and 10 other people from Humboldt County were headed to federal court under the charge of conspiracy to violate the national prohibition laws. What happened?
Outside of all that, there were also multiple reports of Metzler drinking alcohol in his office and Lennon driving a county vehicle while drunk.
Lennon and Metzler were arrested with 10 other individuals from Humboldt County and were tried in Colusa in 1930 under conspiracy to violate the national prohibition laws. Metzler and Lennon were the only ones to serve time in federal prison however. They tried to appeal the decision, but it was upheld. Both men served their time in prison and fade from the newspaper record afterwards.

Medicinal Alcohol- and Keeping Alcohol at an Arms Length 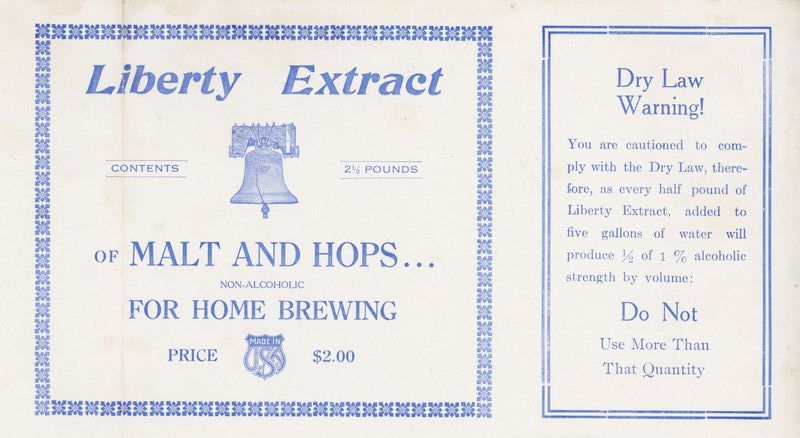 Prohibition drew to a close in the early 1930s with the onset of the Great Depression. People didn’t have extra money for alcohol like they used to. Money flowing to distilleries and bootleggers slowed down, making it a much less lucrative business. Distilling was expensive to set up and notoriously risky, so many got our of the business or moved to bootlegging smaller amounts of alcohol.  It became a less profitable business, and the number of arrests and fines for the illegal activities declined. It came to a point where the declining fine revenue began to have an effect on local police funding, which had benefited during the heydays of prohibition.