The Fight to Save the Redwoods

Origins of the Redwood Preservation Movement

The Forest Service System wasn't blocked from logging on Forest Service land-which would only mean that the redwoods owned by the Forest Service would be logged by the federal government rather than private industry. Following World War 2, logging rates boomed again in response to accelerated construction and more advanced equipment including motorized drag saws. Companies began to move from selective cutting towards clear cutting and thousands of privately held virgin old growth was logged. Conservationists had to act quickly to save what was left. ​ 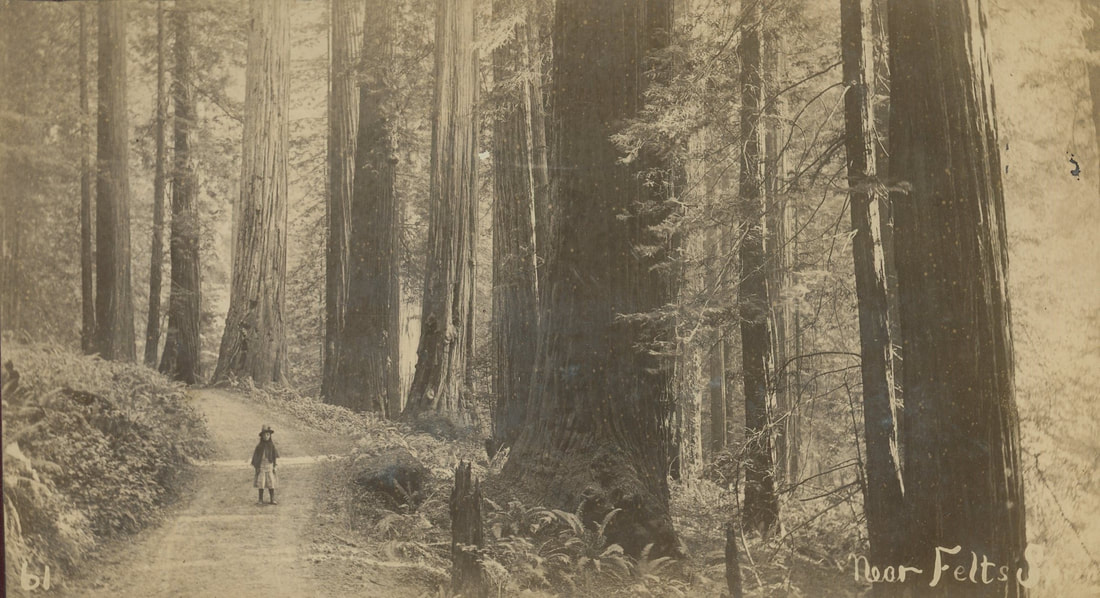 ​The challenge when it came to create a Redwood National Park in the 1960s was that the potential park land was owned by private land holders, meaning that the federal government would have to pay heartily to purchase the land for the park, which was unprecedented. All National Parks before had been land already owned by the federal government that was reclassified to be a National Park.
In 1961, federal funds purchased the land that became Cape Cod National Seashore, presumably paving the way for the federal purchase of land that would become Redwood National Park, but there were more hurdles to overcome. Up to this point, Redwood forests that had been incorporated into the State Parks by Save the Redwoods League were purchased by private donations, either by individuals or groups, who would then get to name the grove that their money helped purchase. To make a sizable and meaningful National Park, the federal government would need to be involved because they had the money needed to purchase vast tracts of redwood at one time rather than in stages. Logging in the area was happening so quickly that this tactic of slowly building a park would move too slowly to save larger land parcels. Before this point, Save the Redwoods League generally opposed the National Park Service for several interesting reasons, many having to do with the League's opposition to the development of areas that had become parks. When the speed of logging was showing that proposed parklands could be destroyed in a matter of a few weeks, the League reconsidered.
Other activitists like Lucille Vineyard  produced documentaries detailing the plight of the redwoods. Coffee table books like “The Last Redwood” also promoted urgency in the movement to save the redwoods. With widespread media campaigns led by the Sierra Club, popular opinion began to favor the establishment of a Redwood National Park. However there were still several road bumps along the way, including the question of purchasing land from private landholders and where the Park would be.

​When it came to decide where the park should be, there was a rift between Save the Redwoods League and the Sierra Club. Save the Redwoods League had been doing a lot of work acquiring land in the Mill Creek area of Del Norte county. They planned on acquiring the whole watershed, saving old growth in the river flats of the park from uphill logging and erosion, albeit in a relatively small land parcel. The Sierra Club originally preferred a section along the Klamath river, which ended up being logged before any official progress could be made to protect the land. Their second choice was the Redwood Creek area, which could become an expansive 90,000-acre park, encompassing the entire watershed. Government support for the two plans was divided, leading to a longer debate about the location of the park while the redwoods continued to fall. There were claims that certain congressmen who supported certain plans were doing so because they were being paid off by the companies who would be affected. Additional plans were proposed with differences in acreage, location, and cost, but the most well-supported plans focused on Mill Creek or Redwood Creek.

As President Johnson’s term came to a close, a compromise was created to form a 58,000 acre National Park on Redwood Creek that would consist of a combination of State-owned and federally purchased land, however much of the federally purchased land (which made up about half of the new national park) was logged over land that needed extensive rehabilitation. The other half of the land was made up of state parks that would be included within the National Park while maintaining their State Park status, and 20% of the land that was purchased went towards enlarging Jedediah Smith Redwoods State Park. The park was officially created on October 2, 1968, however, neither the Sierra Club nor the Save the Redwoods league were satisfied with the results: a strangely shaped park that protected old growth from logging, but not from erosion of uphill logging projects.

The photos above show the Tall Trees area (contained within the bend in the river) and the logging taking place right up to the border of the 1968 park land. Logging within the watershed led to massive erosion that put the river and trees at risk for massive wintertime flooding. Photos taken March 1982 by Don Anthrop.

The Sierra Club and Save the Redwoods league came together to support the expansion plan, with the Save the Redwoods League moving towards supporting government intervention to save the redwoods, rather than a strict focus on individual philanthropy as they had traditionally done with the Memorial Grove program.  Within a year, research was being done on how the park was being impacted by logging on the border of the park and it was found that more land had to be acquired to better protect the park land. Termed “ the Last Battle of the Redwood War” by Sierra Club members, the National Park expansion plan was completed in 1978.
Information for this page was found in the following books and provided by the following individuals:
Coast Redwood: A Natural and Cultural History by Michael Barbour et al.
The Fight to Save the Redwoods by Susan R Schrepfer
Don Anthrop