​Logging as a livelihood in Humboldt County is nearly as old as the county itself. When settlers first arrived in Humboldt Bay in 1850, the forests in some areas came right to the bay. Settlers cleared small areas to build and heat their homes, build their businesses and, as miners came to look for gold, residents built mining towns and shops for supplies. 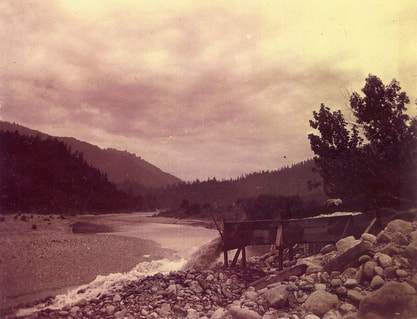 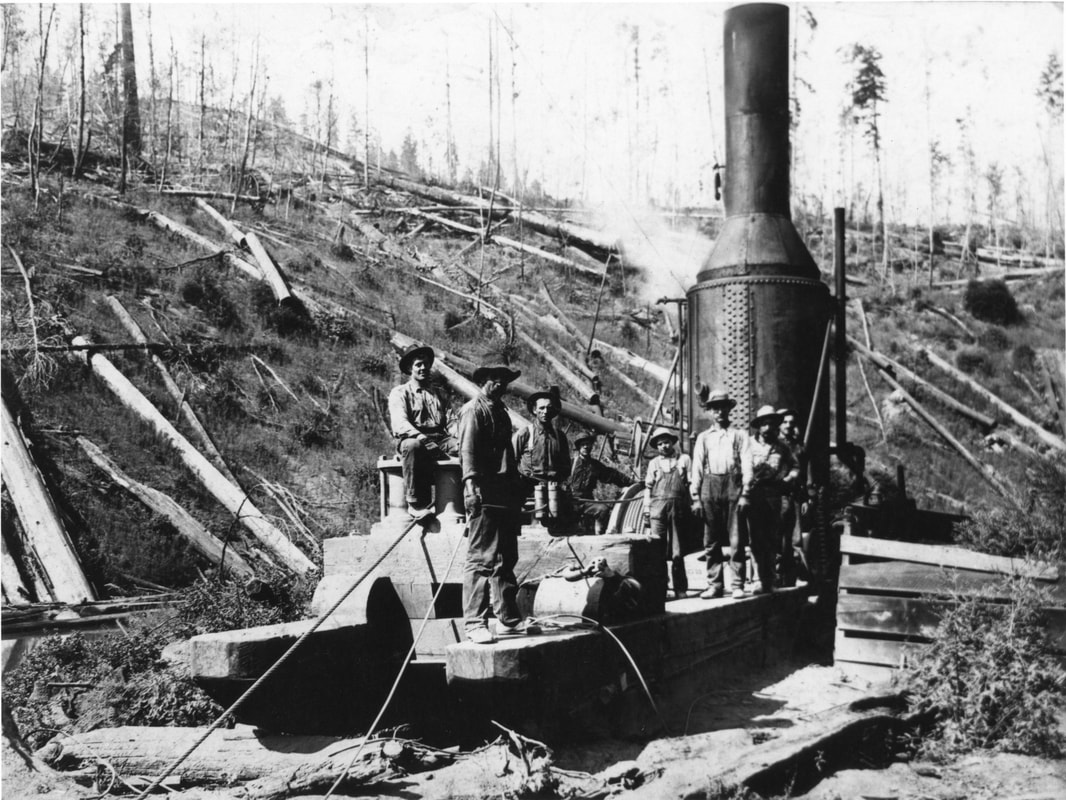 Men and boys with a steam donkey. Cat #: P87.022.005A
This turn of events attracted investors and workers to the area to build more mills to accommodate the rapid growth of logging companies taking advantage of the temporary price hike in lumber. As the Gold Rush in Humboldt County (which had been focused around the Trinity River) began to slow down, unemployed miners were picked up by rising mills and lumber companies to start mining for “green gold”: the redwoods. Redwoods logged in Humboldt County were marketed to sellers on the East Coast, Hawaii, and Tahiti as a wonder wood-resistant to bugs, fire, and rot. The market expanded over time, especially when fires roared through San Francisco in 1906, burning many parts of the city to the ground and thereby increasing demand for lumber. 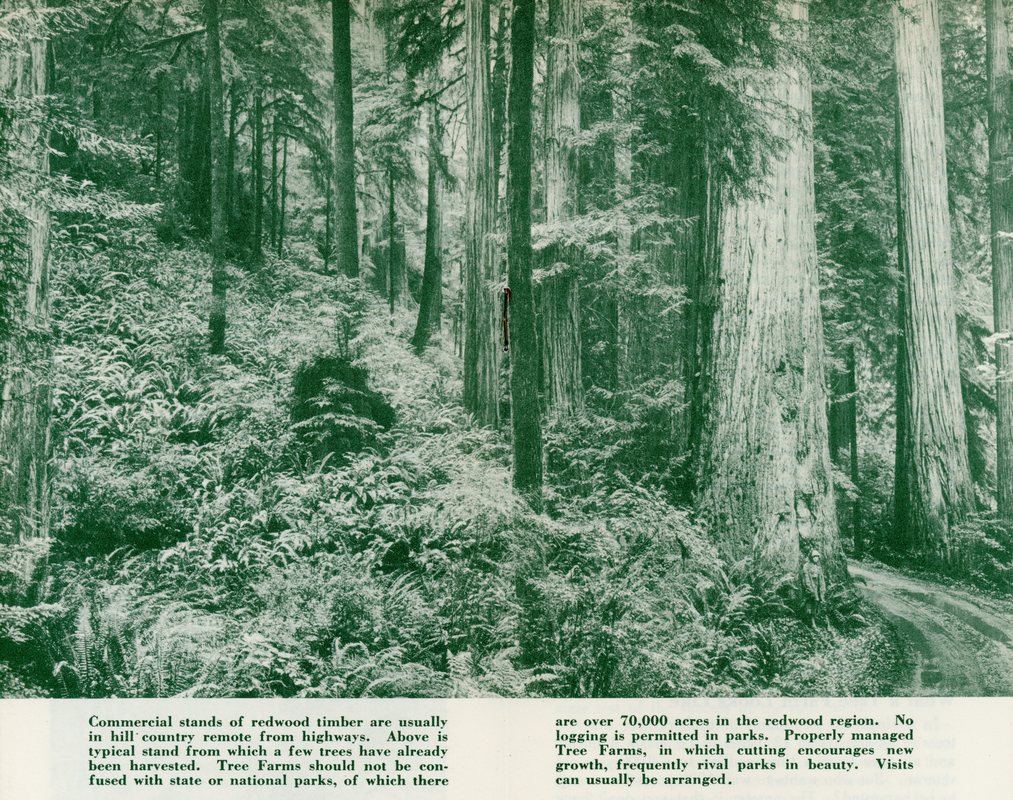 Detail from a pamphlet produced by the California Redwood Association. Cat # 2005.94.296 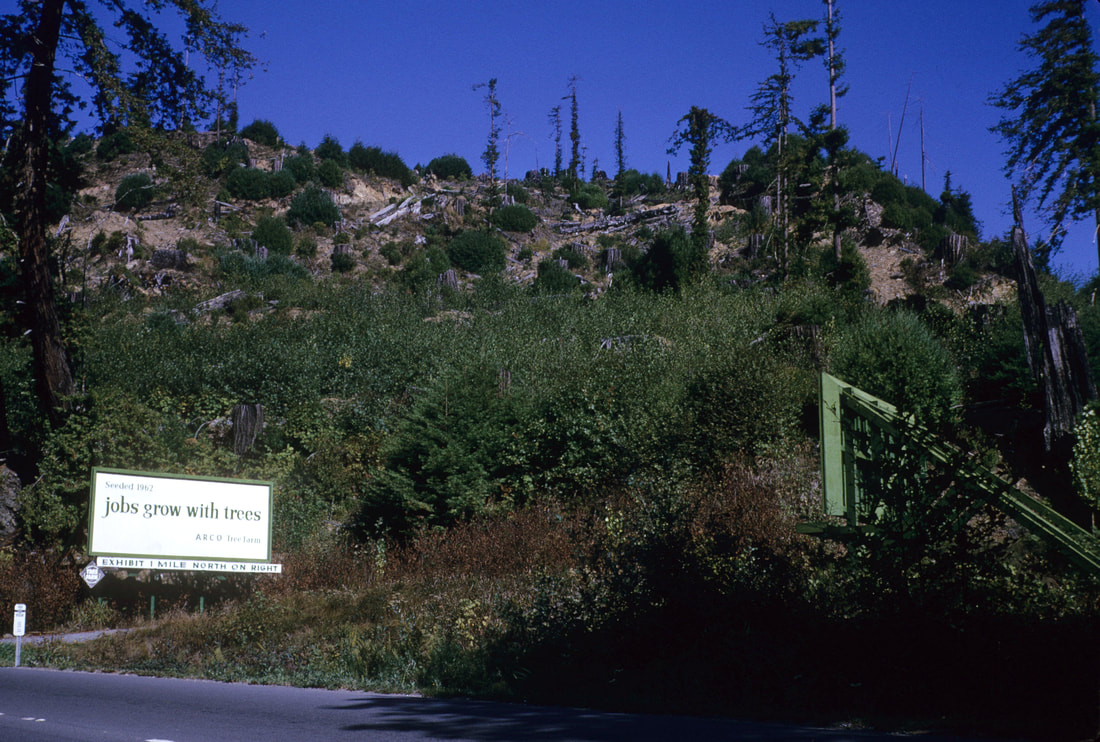 Photo Courtesy of Don Anthrop. Photo of the Berry Glen Cut in 1967

Information for this page was found in:
Coast Redwood: A Natural and Cultural History by Michael Barbour, et al.
Documentary: Enough is Enough, California Light and Sound